Trustees are elected or re-elected at the Annual General Meeting of Trustees. Trustees are appointed for three-year terms, and can be re-elected no more than twice (i.e. limiting maximum service to nine years).

Trustees are proposed by the Universities, existing Trustees and others knowledgeable in Higher Education and are sought through open advertisements. They are appointed by the Trustees on the advice of the Nominations Committee, which works to ensure an appropriate range of expertise and experience in the Trust.

The Board is chaired by Ronnie Bowie, with Prof Sally Mapstone as Vice-Chair. 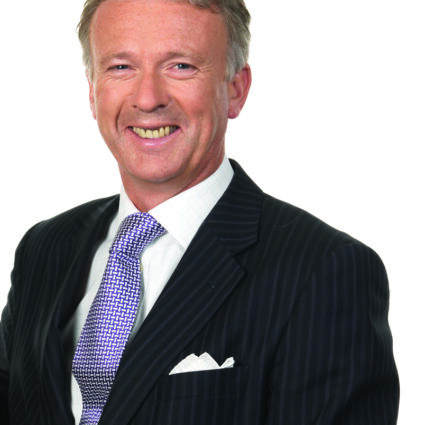 Ronnie Bowie – Chair and Trustee from May 2022

Ronnie Bowie spent most of his career as a partner, including a period as Senior Partner from 2002 to 2017, at Hymans Robertson, an actuarial consultancy. During his time there the firm grew from around 40 people to its current complement of over 1000, becoming one of the UK`s leading consultancies.

Having served on Council and a number of Committees in 2011 he drove the merger of the two UK actuarial bodies creating the Institute and Faculty of Actuaries of which he was the first President. He has recently been awarded the Finlaison Medal by the actuarial profession for his service.

Subsequently he has held a number of non executive positions including chairing the Prudential Assurance Company, the University of Dundee, the Natwest Group Pension Scheme and the Prince and Princess of Wales Hospice. He is also currently involved in the work to bring the Eden Project to Dundee. He is a Fellow of the Royal Society of Edinburgh.

Outside work he enjoys time with his 4 daughters, occasional golf and holidays. 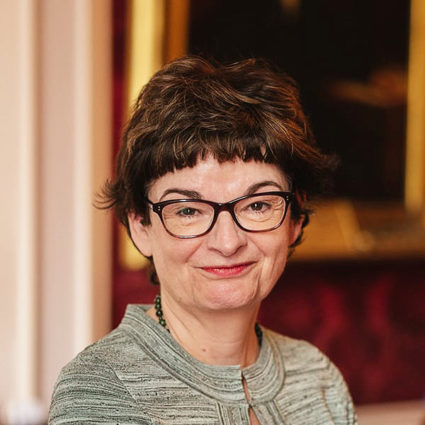 Professor Mapstone is Principal and Vice-Chancellor of the University of St Andrews, the second woman in succession to hold this role there.

Sally is a board member of Universities UK, a Trustee of UCAS and of the Europaeum, and a member of the advisory board of the Higher Education Policy Institute. She leads on widening access work for Universities Scotland. She is Chair of the international advisory board for the University of Helsinki.

In 2017 Professor Mapstone received the Foreign Policy Association of America medal for services to higher education.

As an academic Sally is a medievalist, with expertise in the area of medieval and Renaissance Scottish literature. She is President of the Saltire Society, which champions Scottish culture.

The Carnegie Trust sees potential, loves good ideas, and believes abidingly in fairness; it is more relevant now than it has ever been. 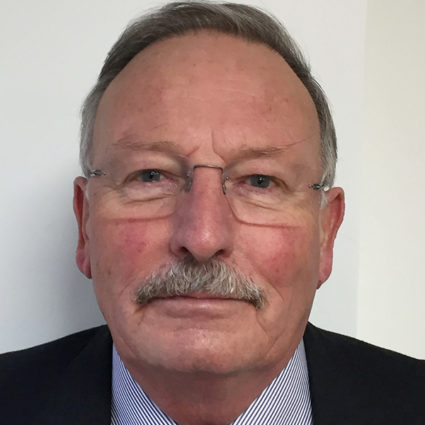 Lord Eassie holds the degrees of MA (Hons) from the University of St Andrews and LLB from the University of Edinburgh. Admitted to the Faculty of Advocates in 1972, he practised at the Bar until 1979, when he took up a post as an official of the Court of Justice of the European Communities in Luxembourg. He resumed practice as an advocate in 1983 becoming Queen’s Counsel in 1986. He served as an Advocate depute between 1987 and 1990.

From 1997 until retirement in 2015 Lord Eassie held office as a judge in the Court of Session and the High Court of Justiciary; and between 2002 and 2006 was also chairman of the Scottish Law Commission. Among extra-judicial activities, in 2005 he accepted an invitation to assume convenorship of the Joint Standing Committee on Legal Education in Scotland. He is also president of the council of the Scottish Universities Law Institute.

Lord Eassie is an honorary member of the Society of Legal Scholars and has contributed to, or edited, a number of legal textbooks. 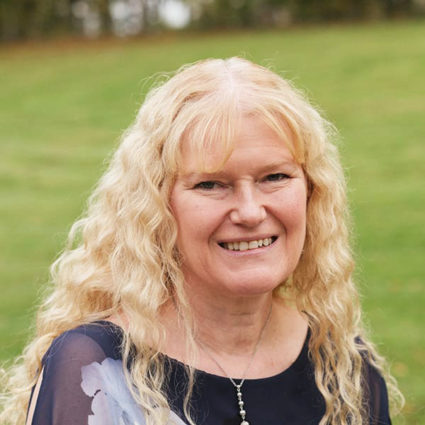 Alison Fielding is an experienced entrepreneur; creating, building and investing in high-growth companies.

Her career has spanned scientific research at Zeneca plc, strategy consultancy at McKinsey & Company, and investment, business building and CEO coaching at IP Group plc, where she was COO until 2013 and is currently Director of Strategy and IP Impact.

Dr Fielding has extensive executive and non-executive experience and is currently NED at Getech plc, Perachem Holdings Limited and a Trustee of Royal Voluntary Service.

I became a Trustee as I was so grateful for my Carnegie Trust PhD Scholarship, which really helped my career at an early stage. 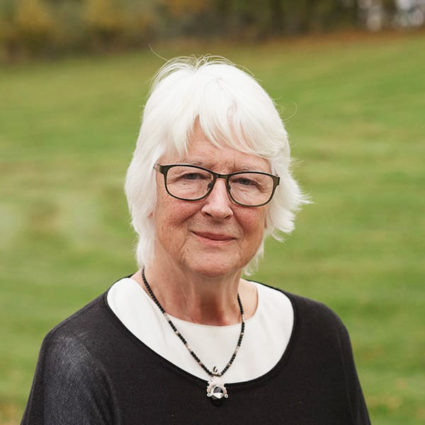 Sara Parkin is Principal Associate of The Sustainability Literacy Project and co-Founder of Forum for the Future. She was born in Aberdeen and began her working life as a nurse in Edinburgh.

During the 1980s Sara played leading roles in the UK Green Party and in the growth of green politics worldwide. With Forum for the Future she designed and ran a Masters in Leadership for Sustainable Development for 20 years and wrote The Positive Deviant: Sustainability Leadership in a Perverse World, now a course book in several countries.

Sara Parkin is Chair of the Richard Sandbrook Trust, sits in the Board of Students Organising for Sustainability (NUS affiliated) and advises widely on sustainability. Previous Board experience includes NERC, Higher Education Academy, Leadership Foundation for HE, European Training Foundation, the Environment Agency (E&W), Friends of the Earth and the New Economics Foundation. She is also a Patron of Population Matters, the Urban Orchard Project and the Museum of Islay Life.

Her honours include recognition by engineering, other professional and education institutions and, in 2001, an OBE for services to education and sustainable development. 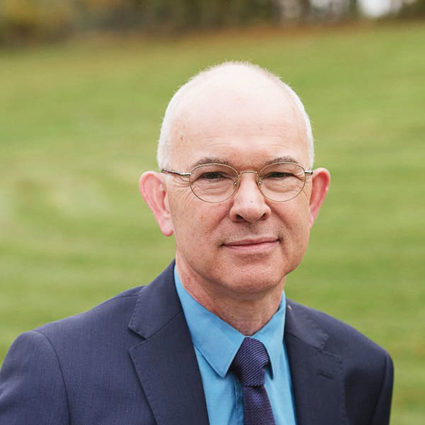 Professor George Boyne became Principal and Vice-Chancellor of the University of Aberdeen on 1 August 2018.

Professor Boyne has spent the majority of his academic career in Wales. He was Pro Vice-Chancellor, Head of the College of Arts, Humanities and Social Sciences and a member of University Executive Board at Cardiff University since 2012.

He was previously Dean of Cardiff University’s Business School, and is a world-leading expert on the performance of public sector organisations. Professor Boyne has been a Fellow of the Academy of Social Sciences since 2010. 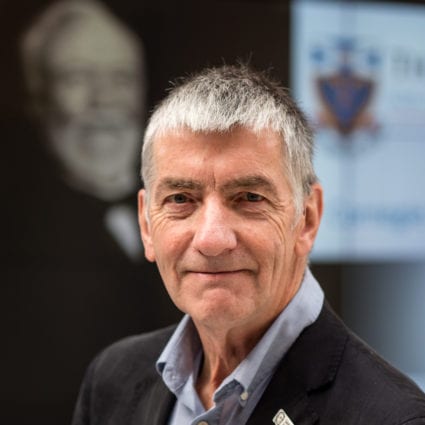 Ray Perman started his working life as a journalist on newspapers including The Times and the Financial Times, before co-founding the business magazine company Insider Publications Ltd in 1983.  The business was sold to Trinity Mirror plc in 1999. He was an executive director of Caledonian Publishing plc, which bought the Glasgow Herald from Lonrho in 1992 and sold it to Scottish Media Group in 1996.

From 2005-2013 he was chair of the Access to Finance Expert Group, which advised the Secretary of State for Business, Innovation and Skills on policy relating to SME finance. He was a member of the board of Scottish Enterprise from 2004-2009 and chair of Social Investment Scotland, which makes loans to the social economy, from 2001-2009. He is a former member of the court of Heriot Watt University and chaired three small companies including his son’s radio and digital media business.

From 2011-17 he chaired the James Hutton Institute, a scientific research organisation working in the fields of environmental sustainability and food security, and from 2014-17 he was Director of the David Hume Institute, which commissions research and organises seminars on economic, political, social and business issues affecting Scotland.

He is author of HUBRIS: How HBOS Wrecked the Best Bank in Britain (2012) and a  biography of the Gaelic scholar John Lorne Campbell, The Man Who Gave Away His Island (2010). His financial history of Edinburgh, The Rise and Fall of the City of Money, will be published in autumn 2019. 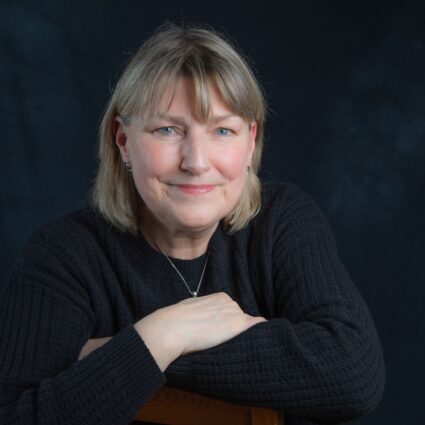 Bridget McConnell was Chief Executive of Glasgow Life, the largest culture, sport, learning and tourism charity in the country since 1998 until April 2022.

Bridget was instrumental in bringing the 2014 Commonwealth Games to Glasgow as well as overseeing the delivery of the 2018 European Championships. She also oversaw the £30m refurbishment of Kelvingrove Art Gallery and Museum; the opening of the £68m Riverside Museum and the £113m Emirates Arena; the £35m refurbishment of the Kelvin Hall as a world-class centre for heritage, learning, culture and sport; and the c£70m project to refurbish and redisplay The Burrell Collection which opened in March 2022.

A graduate of the University of St Andrews, she then gained her Masters and Doctorate of Education at Stirling University, Bridget is a Fellow of the Royal Society of Arts and the Royal Society of Edinburgh. She has recently been appointed a non executive director of Scottish Power Renewables Ltd., a council member of UKRI’s Arts & Humanities Council and Honorary Vice President of the Royal Conservatoire of Scotland.  Bridget is also on the boards of Arts and Business Scotland, The Carnegie Trust for the Universities of Scotland and is the Scotland board member for Unboxed: FestivalUK 2022. Bridget holds honorary doctorates from the Universities of St Andrews, Aberdeen, Glasgow and the Royal Conservatoire of Scotland. 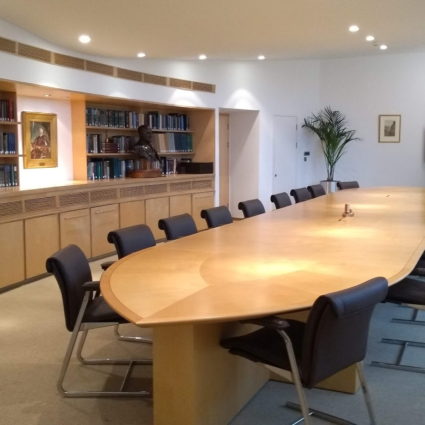 Mary comes from a close-knit rural community in Northern Ireland. The first in her family to go to university, she believes in the transformational potential of education. She has lived in Scotland since 1997 and has two children educated in Gaelic state schools.

In March 2018 Mary co-founded The Juniper Trust, which provides support to young people from low-income families who are undergraduates at Scottish universities. She is also a director of The Juniper Companies and her work combines charitable and commercial ambitions, focused on building the contexts within which people and organisations can thrive. Prior to this she led the work of BBC Children in Need in Scotland.

Mary was vice chair at The Social Enterprise Academy, an international learning organisation, where she chaired the Nominations Committee. She is a trustee of the Personal Assets Trust Foundation and a director of Didasko, a financial education company which runs a course on financial history and owns the Library of Mistakes.

A strong advocate for diversity and inclusion, Mary helped to establish Changing the Chemistry, an organisation aimed at increasing boardroom diversity in all sectors. She is disabled, with a significant hearing impairment. 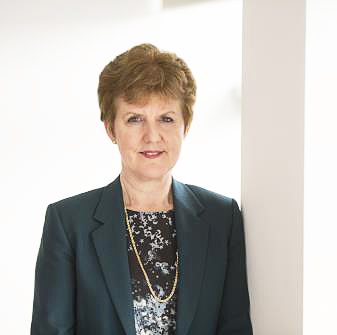 Professor Nolan is Principal and Vice Chancellor of Edinburgh Napier University and Professor in Veterinary Pharmacology.

Andrea graduated as a veterinary surgeon from Trinity College Dublin, Ireland, and after a short time in veterinary practice, embarked on an academic career which led to her appointment as a lecturer in Veterinary Pharmacology and ultimately Professor in the University of Glasgow.

During the 1990s, Andrea established herself as a research leader in the field of animal pain, its recognition and management. She has published widely and has received awards for her work including the Pfizer Academic Award for Animal Health Research, the Amoroso Award from the British Small Animal Veterinary Association and the Universities Federation for Animal Welfare Companion Animal Award. She has contributed to educational development in animal pain management and welfare over many years. She has been a member of several journal Editorial Boards, was a founding member of the World Small Animal Veterinary Association’s Global Pain Council and is currently a Trustee of two animal charities.

Andrea was awarded an Honorary OBE in 2013 for services to Higher Education and Veterinary Science. She is a Fellow of the Royal Society of Edinburgh and of the Royal Agricultural Societies. 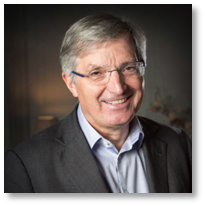 Alan McFarlane – Trustee since May 2020 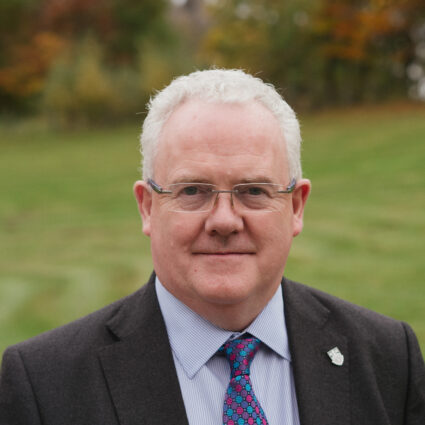 Professor Sir Gerry McCormac became Principal and Vice-Chancellor of the University of Stirling in May 2010. He is a scientist with research interests in both space physics and carbon dating.

His early career was spent at the University of Michigan, where he worked on the NASA Dynamics Explorer satellite program.  He subsequently headed up the high-precision carbon dating facility at Queen’s University Belfast. He became Pro-Vice Chancellor at Queen’s in 2001 to 2010, with responsibility for Academic and Financial Planning, Economic Development and External Affairs.

Professor McCormac was knighted in the New Year’s Honours List 2021, for services to education and to the economy.