Project title: Dead Water: The Sea as the ‘Beyond’ in Romantic and Victorian Gothic Literature.

Descriptions of the Gothic mode generally paint an earthy picture; many subsequent critics have joined Coleridge in considering it a concoction of castles, sepulchres, and subterranean passages. Yet when the speaker of Charlotte Smith’s 1789 poem ‘Elegy’ hails the Gothic hallmarks of “Despair, and Death, and Desolation” it is the sea that answers.

This project will examine how many Romantic/Victorian Gothic women authors utilised oceanic images and littoral (i.e coastal) settings to explore the concept of death in an age where the undersea, once as inscrutable as the afterlife, was undergoing its first systematic explorations. Tracing this nautical strand back into the so-called “Graveyard School”, a loose body of morbid poetry widely considered a key Gothic ancestor, it seeks to show that the sea is part of the Gothic mode from its very beginnings, creating ripples of shared and inherited language across generations of eighteenth- and nineteenth-century texts.

Alongside contributing to our understanding of generic evolution and current dialogues surrounding humankind’s modes of relation to the world’s watery spaces, this thesis will also provide new means for articulating the unthinkable, unspeakable, and undeniable concept of the death of the self – perhaps the only universal constant of the human experience. 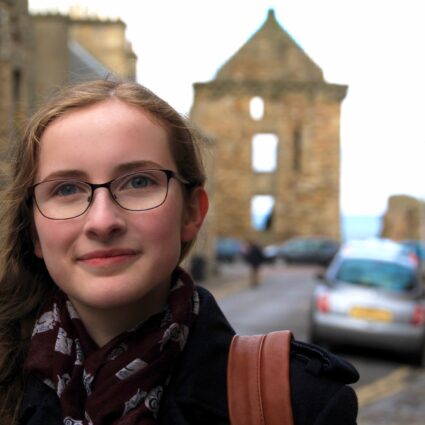