With only a handful of survivors, rabies is one of the most lethal viral diseases in the world. Rabies kills about 55,000 people yearly, with about 3 billion people at risk. Rabies virus is transmitted by bites from infected animals, mostly dogs, but transmission by bats is an increasing problem. The UK is rabies-free, but some bats in Scotland are infected with related viruses causing a similar disease.

After being bitten by a rabid animal, quick vaccination can still prevent development of disease. As rabies is most common in rural Africa and Asia, such vaccinations are often too expensive and not always available fast enough.

We now want to investigate this short time period where the virus has been transmitted but the disease can still be prevented. Mice will be injected with bat saliva and rabies-like particles that make infected cells light up green so we can trace the infection. If we understand the early steps of virus infection, and why our immune system fails to fight the virus, we may find ways to prevent rabies virus from reaching the brain. This would be the first step towards cheaper and easier treatment for rabies, which may save lives in future. 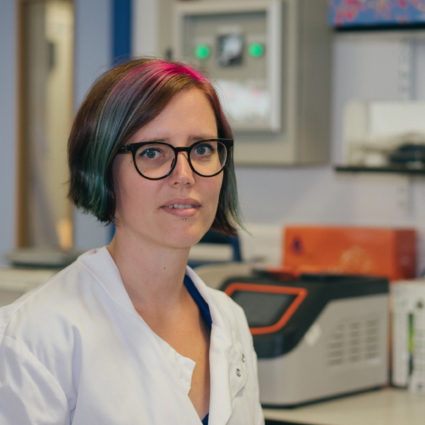