I am a cellist with an international career in classical and experimental performance. Over the past four years I have become fascinated by intercultural music and collaborated with Indian classical musicians. These efforts have received critical acclaim, selection for the Made in Scotland Showcase, grant funding, and growing media exposure.

In this PhD in Creative Music Practice I will build on this work by developing an intercultural performance project with a female Indian string instrumentalist. Through a series of collaborations I will “hack” – deconstruct and recombine – the essential building blocks and techniques of improvisation in two traditions of art music, Western classical and Indian classical. This project integrally combines collaborative performance practice with research into the role of improvisation in Indian and Western traditions.

Cross-cultural research has shown that Western concepts of improvisation do not often fit other musical traditions.

In Indian music, improvisation is central to perceptions of originality, but often occurs within narrow parameters recognised by an audience steeped in knowledge of tradition. Through a sustained collaboration with an Indian performer and investigation of audience reactions, my project will explore in what ways improvisation builds on – but also departs from – tradition in the pursuit of originality. 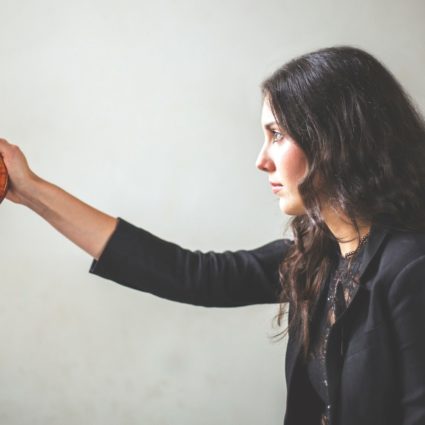