The ability to remember an unfamiliar face after an initial exposure allows us to form friendships, decide who is trustworthy, and recognise those who may be dangerous. Despite the importance of remembering unfamiliar faces, much of our understanding of face recognition originates from restrictive laboratory-based studies that do not necessarily reflect how memory operates in every-day environments.
Our project employed new technological advances in augmented reality to investigate unfamiliar face recognition using a task that more closely reflects the real life experience of meeting and recognising new people in familiar environments.

By using the Microsoft Hololens (an augmented reality headset), we walked participants around a specified number of distinct locations around the University of Stirling and projected within each environment different life sized 3D models of real individuals. After a short break, we walked participants back to the same locations and asked them to decide if the model shown was the same as before or someone new.

Results from the augmented reality condition were compared to a control condition whereby the same models and locations were shown on a computer screen. Critically, our results showed that participants were more likely to recognize models that were studied before when the location at test matched that of the study phase – i.e., environmental context benefited memory retrieval. Our results also showed very little difference in memory performance between augmented reality and the controlled memory test performed on the computer – thereby validating augmented reality as an effective tool for investigating unfamiliar face recognition. 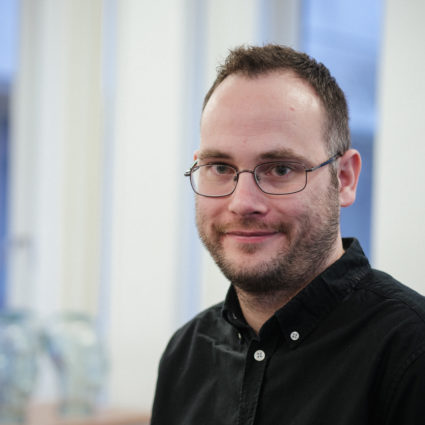