Self-harm is an increasingly researched and talked about issue. It is sometimes said to be ‘hidden’ and difficult to understand, though there are a number of explanations for self-harm which are frequently repeated. These include that self-harm is a ‘coping mechanism’, or that it is related to social media use, or bullying. While proliferating discussion about self-harm is positive in some ways, these tend to focus on relatively simplistic explanations for what is a complex, contradictory practice.

Qualitative research exploring what self-harm means to different groups of people has proliferated in recent years, reflecting a broader desire to better understand the practice. However, there are limits to traditional interviews, and social scientists are turning more and more to arts-based approaches. With regard to self-harm, the use of art to aid our understanding is particularly relevant; since self-harm is sometimes said to be a way of ‘expressing the unsayable’. Using art as part of a qualitative inquiry into self-harm offers the potential for participants and researchers to draw on non-verbal ways of reflection, and of making meaning.

Our project represented an interdisciplinary attempt to delve deeper into the meanings of self-harm, drawing on sociology, counselling and psychotherapy, and using arts-based, collaborative approaches. We held six arts-based workshops with two separate groups: one group of young people who had self-harmed, and one group of practitioners, who worked with those who self-harmed. Each workshop focused on a particular topic identified in existing literature as being relevant to explaining or understanding self-harm. Workshops involved a mixture of discussion and art-making, resulting in rich and multi-faceted data.

Our findings have been presented at academic conferences, public engagement events, and informal presentations to non-academic audiences. Forthcoming outputs include a briefing (as part of the Centre for Research on Families and Relationships Briefing series), and academic papers. Additionally, our findings and methodological innovation contributed to a successful application for a Wellcome Trust Investigator Award by Amy for the ‘Suicide Cultures’ project. 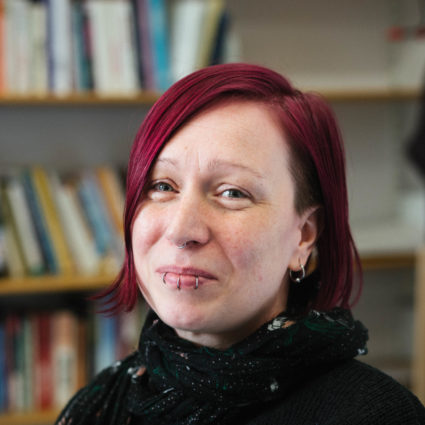